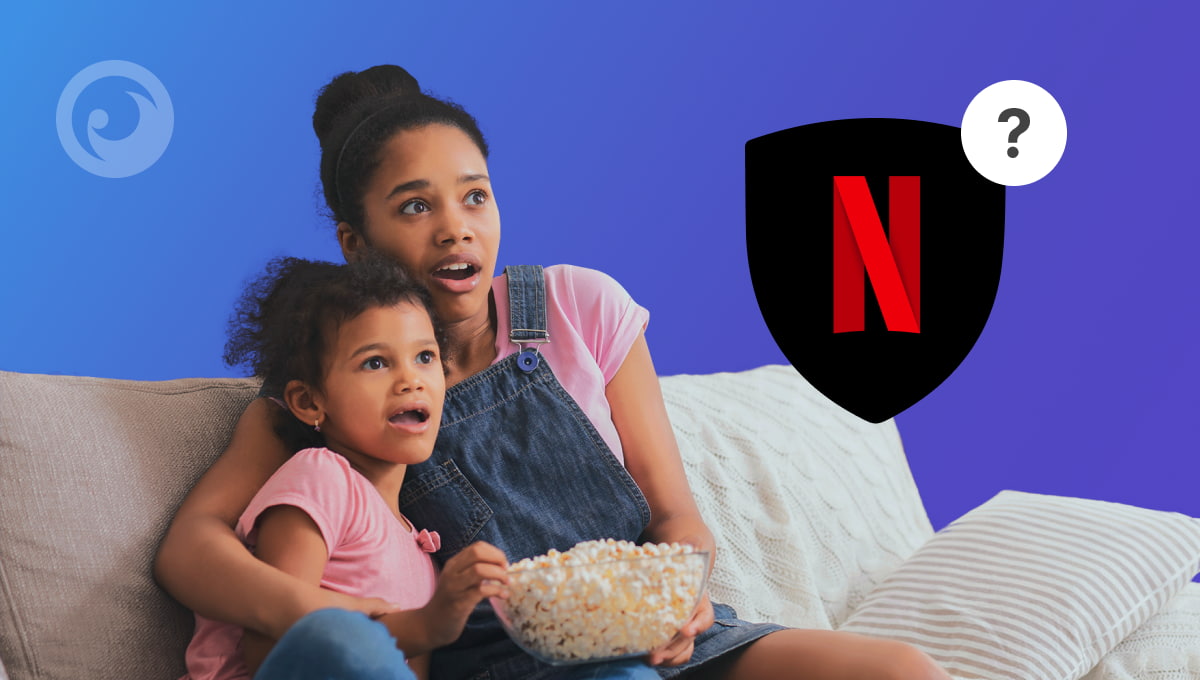 Did you know Netflix has over 222 million subscribers around the world? That’s an insane number. And since young kids can’t subscribe to Netflix on their own, we can safely assume hundreds of millions of kids are tuning into Netflix using their parents’ accounts. And that’s why Netflix parental controls have never been more important.

Think about it. When you hop on Netflix, you have instant access to a ridiculous amount of content. And as you watch shows or movies, Netflix recommends similar shows. Watch shows about sex and drugs, Netflix will probably suggest similar shows. And if you’ve got kids, this could be hugely problematic.

Even more so as the list of dangerous shows you should watch for keeps growing. That’s why it’s important to know how to block shows on Netflix, how to change viewing restrictions on Netflix, and how to find out what shows they’re into — even before they log in to watch. Today, we’ll show you how.

How Netflix Can Be Dangerous for Kids

Are you wondering why you need to block movies on Netflix or stop your kids from watching certain series? You’re not alone. On the surface, Netflix seems perfectly safe for kids.

But dig a little deeper, and you’ll quickly discover that there are loads of inappropriate shows on Netflix. And they usually fall into four different categories. Here’s a look at each of them:

When it comes to content with violence and drugs, Netflix has a ton of it. Narcos is a prime example of TV series that cry out for Netflix parental controls. Scenes of violence and coarse language make the series popular among fans and outright dangerous for kids.

Big Mouth. F is for Family. BoJack Horseman. On the surface, they look like hilarious cartoons that are perfect for kids. But these shows would be completely out of place in the Saturday Morning Cartoon lineup of the 1980s.

With themes of sex, drugs, and other adult themes, these series will have you asking, “Can I block shows on Netflix” within the first two minutes.

Marvel movies are a lot of fun. And so are some of the recent series set in the Marvel Cinematic Universe, like Wanda Vision, which airs on Disney+. But some of the original Marvel TV shows that aired on Netflix aren’t suitable for children.

Fire up Jessica Jones and you’ll want to learn how to block Netflix show the second she drops her first F-bomb.

Got more than your kid's viewing habits on your plate?
Use Eyezy and breathe a sigh of relief!
TRY EYEZY NOW

Does Netflix have parental controls built into their service? You bet. But just log in to your Netflix account, click your profile icon, and head to the Parental Control section.

Next, create a PIN number, save it, and scroll down to Restrict by Maturity. From here, you can change what Maturity Ratings they have access to. And you can set additional Viewing Restrictions.

If you want to know what shows were watched under each profile, just hit Viewing Activity for a detailed list. 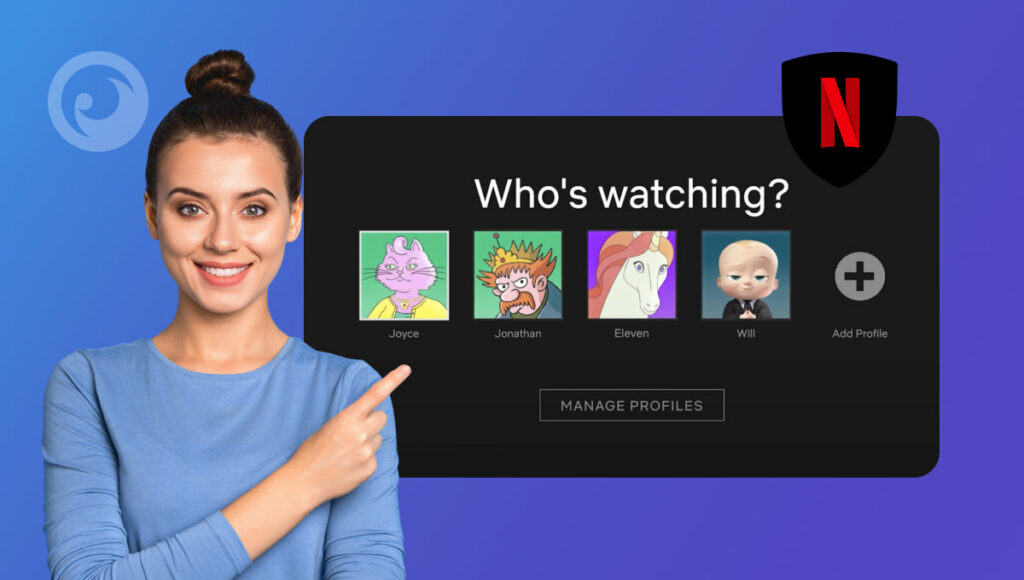 Get Eyezy and Keep Them Safe on Netflix

Standard Netflix parental controls can only take you so far. The truth is they just aren’t robust enough to keep kids safe. But an app like Eyezy offers 360-degree Netflix protection, giving you full visibility into what they want to watch — even before they watch it. Here’s how Eyezy can help:

Find Out How Long They’re Spending on Netflix

Before you figure out how to put parental controls on Netflix, it’s a good idea to find out if they’re actually using the app. With Eyezy, you can see exactly how long they’re spending in the app. It’s a great way to gauge if you need to learn how to block shows on Netflix.

With Eyezy, you don’t have to worry about setting Netflix viewing restrictions. That’s because with the parental control app, you can stop them from using the Netflix app. Just pop into your Control Panel, and you’ll know if Netflix is installed. One tap, and you can put a stop to them using the app.

Find Out if They’re Talking About Certain Netflix Shows

You’ve heard about that new controversial Netflix show — the dangerous one that should only be viewed by adults. And now you’re worried that your kids might try to watch it. But here’s the thing. You don’t know if they even know about it.

With Eyezy, you can find out. Just check their social media chats and find out if they’re talking to their friends about the TV series. Or better yet, set a keyword alert. If that word comes up in chat, Eyezy notifies you. And you can also check their search history to see if they’ve been looking for information on the series. 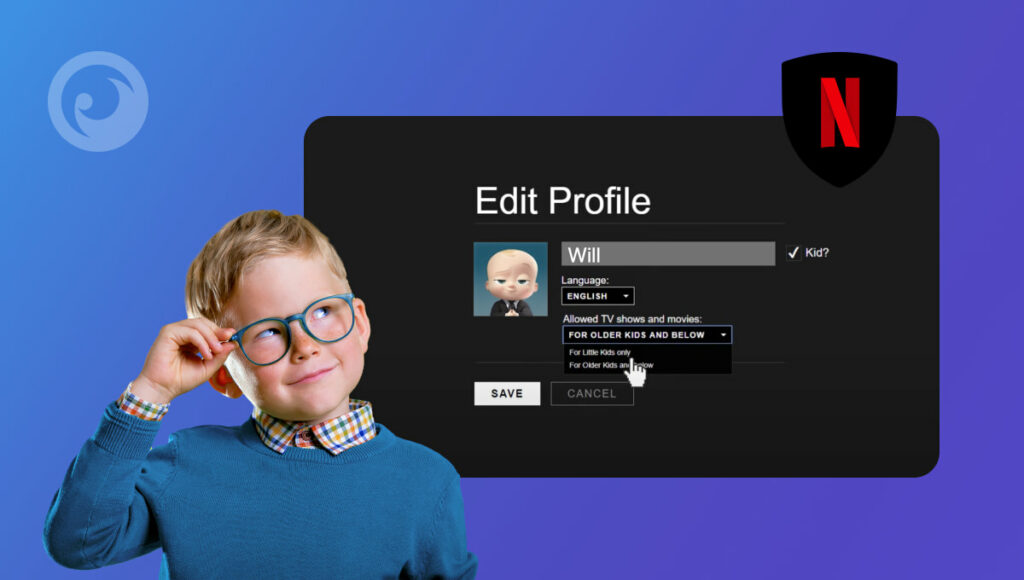 Go Beyond Netflix Monitoring With Eyezy

When you purchase an Eyezy subscription, you’ll be able to do much more than just find out what they’re watching on Netflix. With Magic Alerts, you’ll be notified of pretty much anything they say — just set the keyword and Eyezy tells you when it comes up in search. Magic Alerts also let you know when they come and go from any location.

And with Social Spotlight, you can see their social media conversation in apps like Messenger, Snapchat, Instagram, Kik, Line, WhatsApp, and even Tinder. Eyezy also lifts the curtains on their website history, phone calls, emails, and texts. If it’s on their phone, you can see it with Eyezy.