The TikTok Age: How Different Generations Interact with TikTok and What It Means for Our Kids 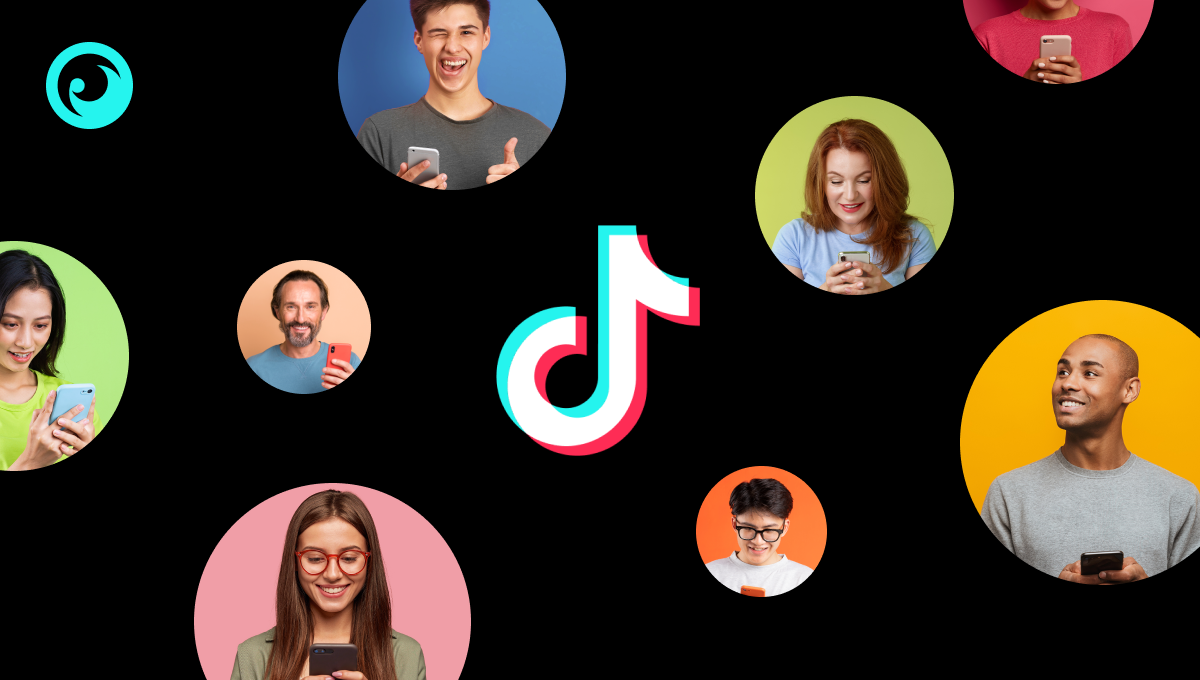 Do you use TikTok? If you don’t, you probably will — eventually. It’s only a matter of time before you succumb to the wildly popular social media app. Try and resist it all you want. Once you try TikTok, you’ll find yourself scrolling through random videos to pass the time more and more frequently throughout the day.

How do we know? Well, we’ve been there. But also, we’ve conducted a little experiment of our own to find out how different generations view TikTok and how they interact with it. And, eventually, how long it would take for TikTok to become a part of their daily routine.

It’s an app to share user-generated videos — everything from pranks to jokes to social commentary on current events. If you’re old enough to remember Vine, it’s kind of like that, without the 6-second limitation. And it’s far more engaging than Vine was.

TikTok is the world’s most downloaded app. To put it into context, here are some numbers: 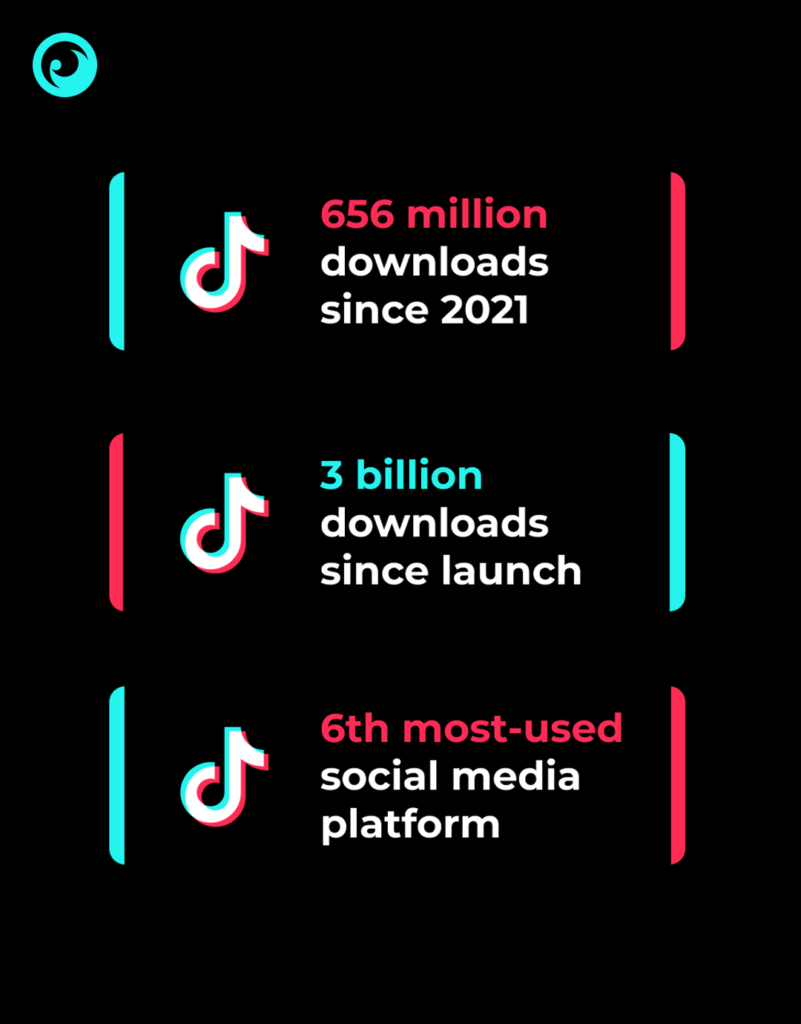 It’s the world’s most engaging app

TikTok has an average user session of 10.85 minutes. That might not seem like a lot of minutes, but that doesn’t mean people are using TikTok for around 11 minutes a day. It means that when people jump onto TikTok, they use it for about 11 minutes before switching to a different app. The next most-popular app in this regard? Pinterest at just over 5 minutes. Instagram was way down there at 2.95 minutes.

The overall daily engagement rate is up there too, with an average of 38 minutes per day spent on TikTok. Twitter and Facebook are next on the list, at 35 minutes and 31 minutes respectively.

More and more people are dipping their toes in the water

While TikTok does skew young, the social media platform is starting to span generations, with more and more people of all ages trying the app.

We conducted an experiment with hundreds of TikTok users, ranging in age from mid-teens to mid-forties. We found several common trends among each age group: 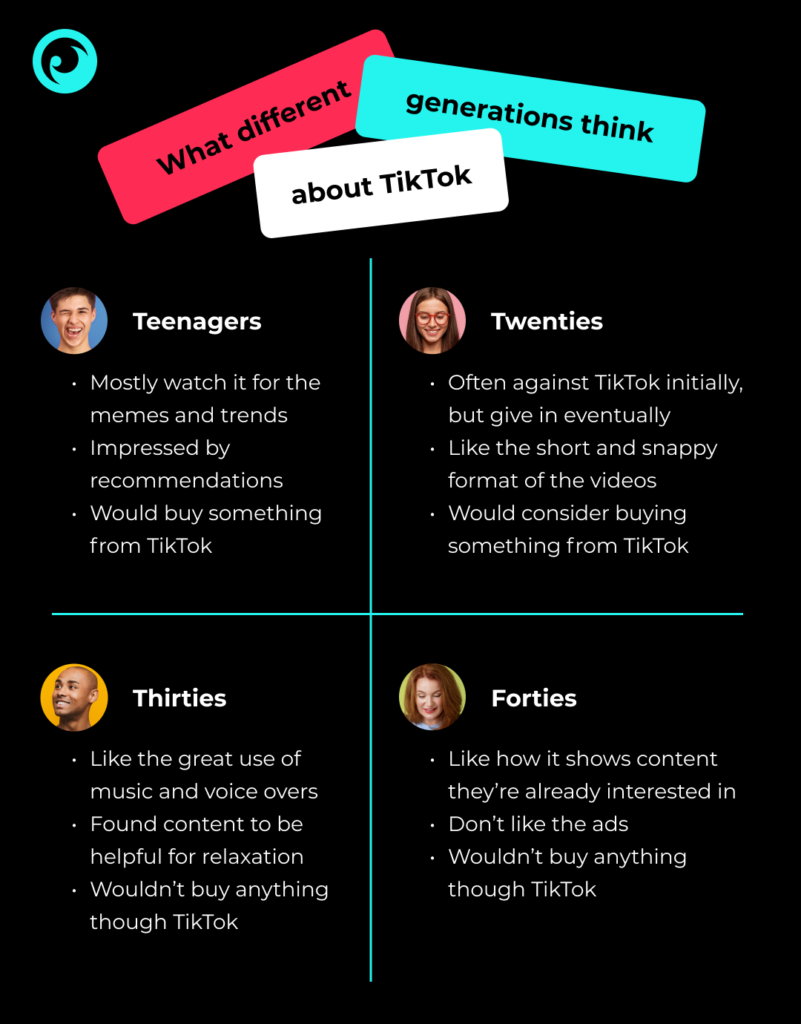 Everyone wants to be TikTok — including Mark Zuckerberg

When you can’t beat ‘em, buy ‘em. And when you can’t buy ‘em, copy ‘em. That seems to be the approach Meta has taken. The company formerly known as Facebook has turned its Instagram product into a TikTok-like experience, mimicking TikTok’s scrolling behavior. The similarities are so strong that you could open TikTok on someone’s phone, blindfold them, switch to Instagram, remove the blindfold, and they’ll have no idea that you’ve switched apps.

Meta knows that Facebook is becoming a relic of the past. Younger users are flocking to TikTok, and Instagram needs to evolve if they want to maintain its user base. 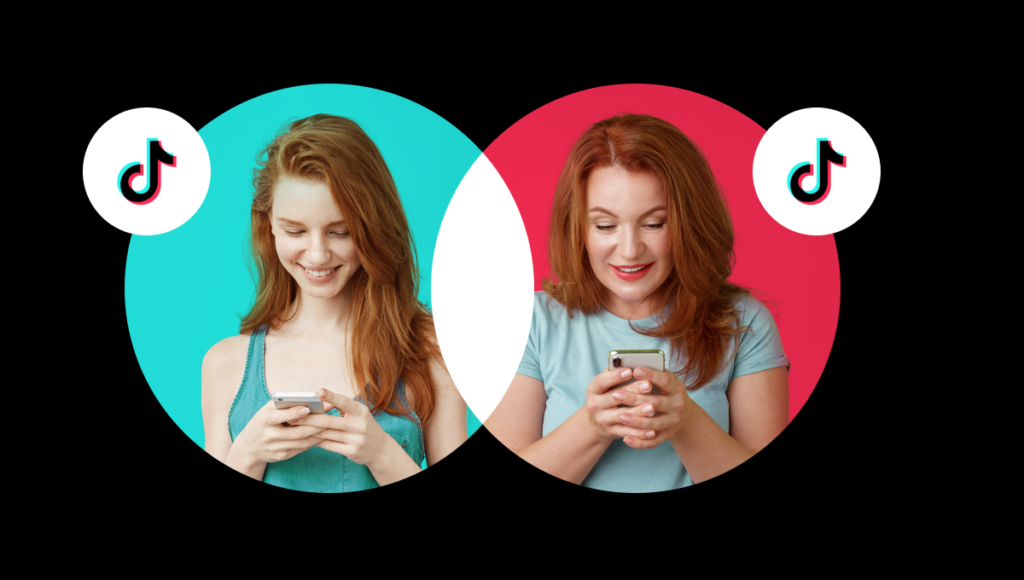 That includes controversial stuff that kids shouldn’t be looking at. That’s why it’s important to consider using a monitoring app. It can help you ensure that your kids are looking at content that you approve of. And if they aren’t, you can find out. 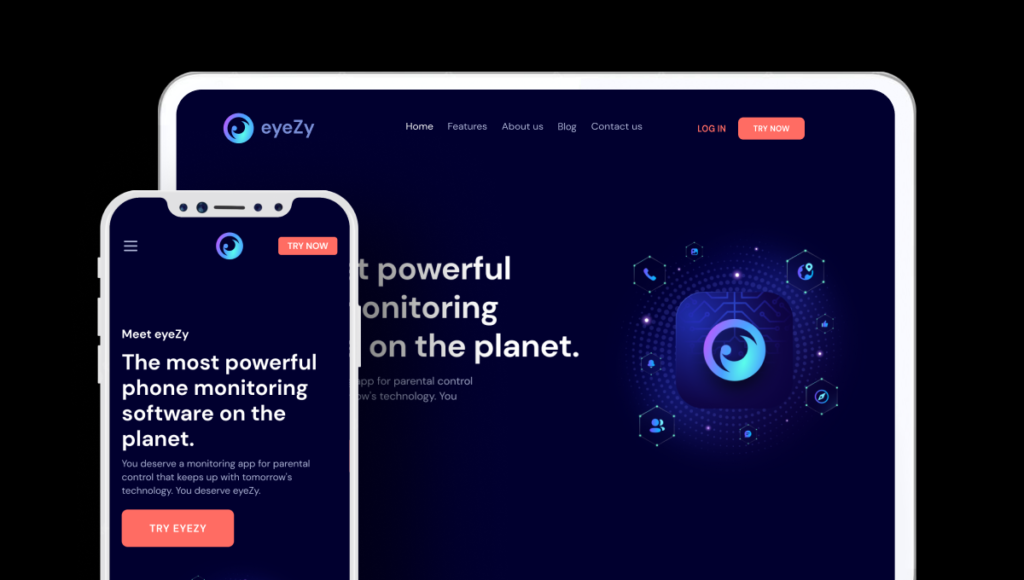 That’s why more and more parents are considering TikTok monitoring apps like eyeZy, which lets you see what they’ve been up to on their phones. Once installed on their phone, you can see if they’re using the app. And you can see if they’ve been sharing videos on other social media platforms. For example, if they copy a TikTok link and share it on Snapchat, WhatsApp, or Facebook Messenger, you’ll know. That’s because eyeZy lets you read social media conversations. You can also use the built-in app blocker to completely restrict access to TikTok on their device if push comes to shove.

Where Do You Fit In?

Are you an avid TikTok user? Do you have an account, or are you just a lurker? Or have you yet to try it? Leave a comment and let us know. We’d love to include you in the conversation.